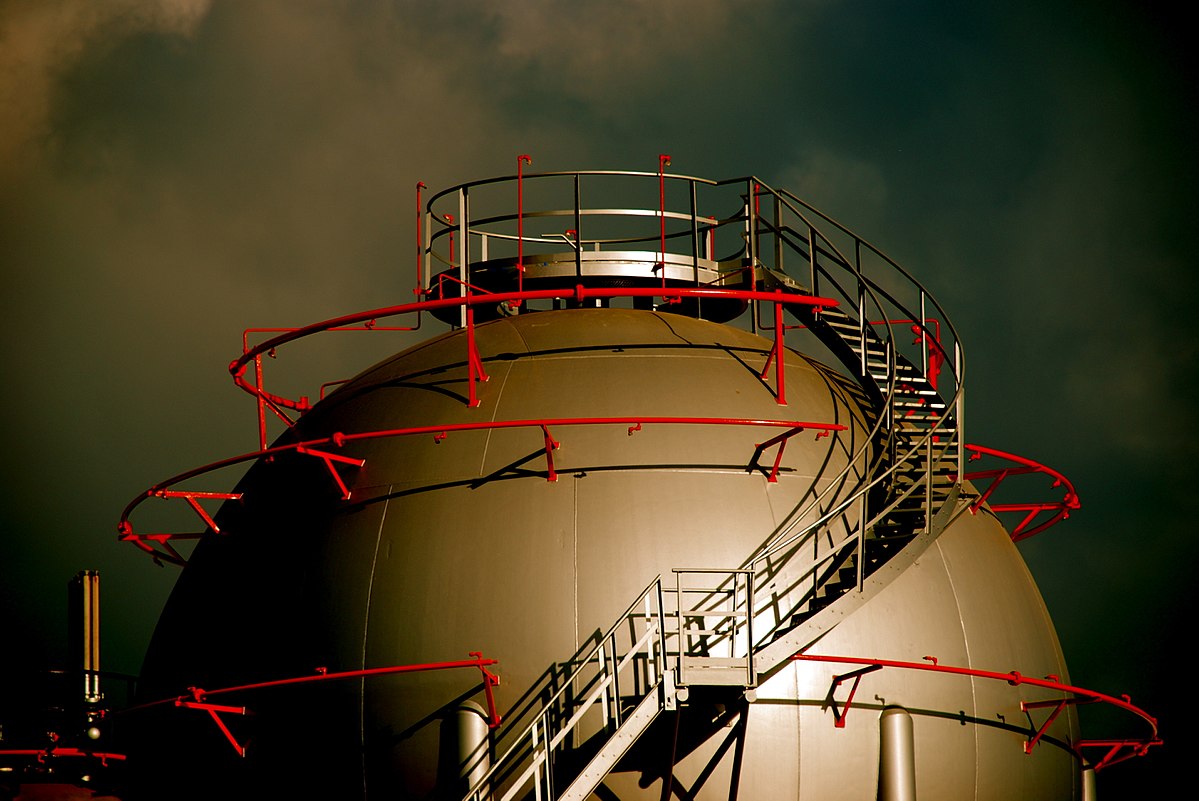 “Is the oil barrel half empty or half full?”
– Did we Just Witness the End of Big Oil? | CNBC

Dirty Energy and Dirty Money
This dastardly duo has plagued mankind for centuries, but now fossil fuel subsidized dirty energy and dirty money have put the future of all life in jeopardy. Even though our ingenuity as a species has been remarkable, we have ultimately become the victims of our own progress. Pollution from fossil-based and nuclear-generated power have become a global conundrum and the economy has been burning greenhouse gasses ten times faster than the volcanoes that sparked Earth’s greatest mass extinction, the Late Permian event (a.k.a the Great Dying).

This is a dark time for all nations. Our civilization is falling (video) says eminent journalist, Chris Hedges. It is crumbling under it’s own weight. The outdated carbon-fueled technologies we have come to rely on have become our downfall along with our overly faithful adherence to a game of monopoly we call business as usual (BAU). This is the most corrupt money and politics game on Earth run amok.

We now know, without a doubt, that we must start to significantly reduce all emissions globally and cut consumption over the next decade just to avoid a 4°C world. Yet 99% of all the businesses from the first industrial era are still failing to transition. Further, according to many analysts, the minute you add the profit motive you negate sustainability. Under this shadow of corruption, even the promise of a Green New Deal (GND) quickly becomes greenwashing.

Also, when combined with mass over-consumption, fossil fuel usage gets exponentially more troubling on an overpopulated planet. Overproduction for sales that may not occur, planned obsolescence. i.e. shoddy production to necessitate repeat sales, and cyclical consumption caused by advertising and fads has run rampant. The future of waste is becoming increasingly problematic as world population burgeons toward 10 billion by 2050. It is estimated that nearly 23% of everything that we manufacture today goes from the factory to the landfill, without ever passing through a consumers hands. A UN report found that we will need 3x more planet Earths by 2040 to keep up with our current rates of consumption which are already violating the Limits to Growth. Additionally, the BS Jobs sector is wasting the biosphere’s overtaxed resources even faster. We find ourselves in a significant quandary as a global species addicted to limitless growth on a finite planet.

“When historians one day dissect the long arc of humankind’s use of fossil fuels, they may note October 9, 2006, as a turning point for Big Oil. That’s when it became clear that the major oil companies–the giants that had survived numerous predicted extinctions and gone on to ever-greater profit and influence–were undergoing a tectonic shift and would either reinvent themselves or die” says Steve Levine, analyst and author at The New Republic. Further, this is the day, according to this article, that Moscow dashed the hopes of five major oil companies from three countries and announced that Russia itself, and not they, would develop the biggest new natural gas field on the planet, an undersea Arctic reservoir called Shtokman.

“Big Oil, then–the indomitable giant symbolized by the pitiless John D. Rockefeller–is dying. At the very least, it will soon have to fundamentally change the way it does business. But the shock of Shtokman is merely a tremor compared with the coming transition to a non-carbon energy economy. Big Oil could transcend its current woes and weather that revolution– perhaps even lead it–if it reinvented itself as Big Energy, striving to develop renewable power sources like wind and solar, or even to deliver the industry’s holy grail: a clean energy mechanism that renders fossil fuels obsolete. True, no one yet knows what the revolution will look like; but the odd thing is that, for the most part, the oil companies don’t seem to care.” – The New Republic

Climate deniers as well as catastrophists proclaim that any alternatives to carbon-sourced energy are likely “hopium” and imply that we must stick with what we have now, i.e. fossil fuels. They hide behind climate change fundamentalist subtexts that tell us it is already too late so we must “burn baby burn” (to quote mega-capitalist Exxon executives). They also tell us we should accept our fate and prepare for planetary hospice. For them, it pays to be perennially too late (podcast). “They are caught in a kind of institutional contradiction,” says Noam Chomsky (video) and that institution is the market economy and “it is a death knell for our species.”

The End of Big Oiland Limitless Growth Now in Sight
For the last decade at least, humanity as a global species has been in the midst of a crude awakening (video). It is well-known that some 72% of the global oil reserves cannot compete if the price of oil goes below $25/bl because it costs too much to extract at that point. Tar Sands are the least profitable source, followed by the fracked oil and gas industry in the US, and any offshore production in the world as well as numerous other assets. Citibank estimates there is already trillions in stranded assets. Reserves, pipelines, refineries and so forth are going to become non-competitive when peak demand hits.

The Power Race Is On
In the meantime, renewables are becoming a formidable force. Renewables such as wind, solar, and hydro are much more efficient, clean, safe and climate friendly. According to EIA, “renewable energy is energy from sources that are naturally replenishing but flow-limited. They are virtually inexhaustible in duration but limited in the amount of energy that is available per unit of time.” The emergence of the electric vehicle and demand among investors and consumers for cleaner energy to limit climate change has pushed the European side of Big Oil to take baby steps toward refocusing their businesses from oil production and refining to electricity via natural gas and renewables.

“Barely a week goes by without some new renewables record being achieved. In London, environmental activists are gluing themselves to trains and railings to urge the transformation that can halt the climate crisis. It may be quietly and slowly happening already.” – The Guardian

Furthermore, Artificial Intelligence (AI), automation (video), Electric Vehicles (EVs) and other energy sector disruptors are now presenting major challenges to big oil as well. Elon Musk of Tesla Motors says, that when AI has removed 90% of the workforce as projected by most of the major energy sector giants, outdated technologies and the workforce that has sustained them will be made obsolete. This is why Andrew Yang (video), Rutger Bregman, Elon Musk (video) and others are now calling for a universal basic income (UBI).

Additionally, the capitalist system is quickly becoming redundant as we enter the third industrial revolution giving rise to a sharing economy (video) and the fourth industrial revolution which includes AI and autonomous vehicles. These terms refer to how a combination of technologies are changing the way we live, work and interact. Every socioeconomic system in history, since the Sumerian civilization, was eventually rendered obsolete by radical technology advances. For example, the first industrial revolution was responsible for the collapse of the feudal system. Our current system emerged from the ashes of that collapse in it’s infancy. In turn, the digital autonomous era now emerging, will render it obsolete.

Recent news and events show that the fossil fuel industry is in it’s death throes. For example, in the legal battle between Trump and the State of California four automakers from three continents have struck a deal with California to produce more fuel-efficient cars for their U.S. fleets in coming years, undercutting some of the Trump administration’s most aggressive climate policy rollbacks. According to a new report from financial think tank Carbon Tracker, “investors and policymakers should prepare for a complete phase-out of coal by 2030, because without enacting heavy subsidies the coal industry will not survive the sustained competition from low-cost wind and solar power and the temporarily cheap natural gas.” We are witnessing the end of big oil. This also signals the end of the fiat petrodollar.

Economics is killing fossil fuels (video) today. In a couple of years even the existing infrastructure will no longer be financially viable. Some analysts are now predicting the end of coal within a decade. Fourteen of the worlds largest coal producers have gone bankrupt in the last three years. The Club of Rome has been dropping the hammer on the fossil fuel industry in the European parliament. They are also discussing a transition away from a Gross Domestic Product (GDP) orientated economic model. They are calling for the end of ALL fossil fuel subsidies by 2020. The Club of Rome is one of the most influential power brokers in the world. The writing is on the wall. The only question now is where do we go from here and how do we turn fossil fuel subsidies into solutions?

According to Cleantechnica, “the site on Vernon Avenue in Queens, New York, once was home to 16 gas powered peaker plants. Only 2 remain in operation today. Soon, all of them will be demolished to make room for a 316 MW/2528 MWh storage battery that will be the largest in the world. The proposal to build the new facility was approved … by the New York Public Service Commission.”

Additionally, having the power grid go down in unexpected storms, extended fire seasons, or company negligence is becoming increasingly serious and life threatening in a changing climate. A repeat of the 1859 Carrington Event Solar Superstorm or a nuclear-generated electromagnetic pulse (nuclear EMP, or NEMP) or a climate catastrophe could make the technologically developed countries the most vulnerable. Alternative energy production needs to be considered now more than ever and forward thinking leaders are already looking in this direction.

Out of the Ashes of a Dying World
Dr. Ramanathan’s new report suggests that 6 billion humans will die in the sixth mass extinction in his latest Scripps study. James Lovelock also recently reported similar math along these lines. It may get worse before it gets better. But not everyone will die off. The ones that continue will demonetize and live smarter. They will ditch dirty energy and dirty money. As a global society it is now clear that we must find a better measure than gross domestic product (GDP). We should look to examples like gross domestic happiness index (video), or gross domestic wellness. Nothing will change until we do. In short, the sooner we get off this dark addiction to dirty money and dirty energy the better.

We must emerge out of the ashes of this paradox like a phoenix rising from the dead. We simply have no choice now. Necessity is the mother of invention, or so it is said. During WWII people mobilized in a way never before thought possible. Solving the wicked problem of climate change will require this kind of rapid mobilization of our society again. It will require thinking outside the box, embracing disruption, and visionary systems thinking. The choice is ours, paradise or oblivion (video).

This knowledgebase is published under a Creative Commons Attribution-NonCommercial 4.0 International license.