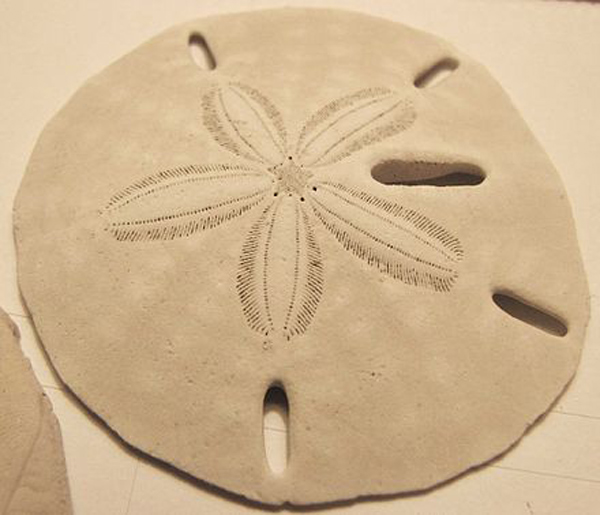 “Without ecology there can be no economy and no society. ”
– World Economic Forum

Business As Ecology
Ecological, regenerative, well-being and sharing economy (video) concepts are now emerging in public discourse. In this video with Andrew Yang, the well-being economy is explained along with the notion of gross domestic well-being. Many theorists are now discussing en ecological civilization and economy and presenting us with the road maps for how to get there. Others have begun to discuss the #symbiocene and are following the #solarpunk or #simplicity movements along these lines. In short, Solarpunk argues that just climate action doesn’t have to mean living in scarcity or giving things up, it instead shows us how beautiful the world could be when we live with appropriate abundance.

Herman Daly “is a co-nominee for a Peace Prize due to his revelation that the current economic system is leading to ecological collapse, most strongly being experienced at present in the form of accelerating climate change, and the proposal of principles for constituting an economic system to correct the flawed assumptions and excesses of the current system, as well as the generation of an entire ‘school’ of teacher and practitioners of this alternative, known as ecological economics. The persistence of the present flawed economic system will lead to human suffering of immense proportions, including political chaos, national and international competition and warfare over dwindling resources, arable land, as well as food and energy supplies. Without the adoption of the economically sustainable principles of ecological economics, humanity faces a grim future in the 21st century.” In the following video lecture, Herman Daly introduces this concept and discusses it further.

According to Trajectories of the Earth System in the Anthropocene and scientific consensus, continuing with business as usual is suicide. We must halt the sixth mass extinction now underway. Implementing an ecological economic model, adopting sustainability practices and rewilding the world will be crucial if we are to avert the increasing climate and biosphere disasters we are already seeing the signs of.

Ecological economics could get us where we need to be. It is certain that we need an ecological civilization before it’s too late. As the eminent journalist Michael C. Rupert once said regarding the coming collapse of this civilization “unless you change how money works, you change nothing.” This is the first step in resolving this crisis.

The Promise of Ecological Economics
There are also distinct branches of economic thought that envision a very different economy. Ecological economics (not to be confused with environmental economics and its green-washed sustainability solutions, a sub-discipline of the neoclassical variety) offers well-developed perspectives and policy prescriptions to reconcile human needs with planetary boundaries.

We also need to be very clear that the trending concept of sustainable growth (video) is an oxymoron who’s time has come. Implementing ecological economic models does not mean promoting sustainable growth or even degrowth. The degrowth movement is very interesting and does begin to discuss ways to mitigate disastrous climate change, but it is still not as far reaching and impactful as a truly ecological economy.

How do you propose that a monetary system of competition can resolve the issues of sustainability? The minute you add the profit motive, you negate sustainable practices. You automatically incentivize cyclical consumption, shoddy production, planned obsolescence and waste of resources from over production. Some say the answer is a demonetized and debt free society. Debt is a means of slave making and tyranny.

What is Ecological or Eco-Economics?
“Ecological economics is an interdisciplinary field of economic research and practice that aims to address the interdependence of human economics and natural ecosystems over time and space.”

It is also sometimes called green economics. It is distinguished from the field of environmental economics by its treatment of the economy as a subsystem of the ecosystem (a microcosm within a microcosm intricately interconnected with every other) and it’s emphasis is on preserving natural capital rooted in a full world mindset, or a holistic approach.

In ecological economics there is a focus on sustainability (video), nature, justice, energy accounting and balance along with an adherence to the Gaia principle or other similar ethics that put nature first. The basic definition of economics as the allocation of scarce resources is also used in ecological economics.

Herman E. Daly is often credited with being a primary contributor to this paradigm. He is an ecological economist and Emeritus Professor at the University of Maryland, School of Public Policy. Herman Daly is now leader of the Great Transition Initiative (GTI). There are many discussion and open lectures available with Herman Daly on YouTube (video). GTI focuses on implementing ecological economic models and sustainable practices in business and governance.

The Third Industrial Revolution and The Sharing Economy (Jeremy Rifkin)
As we increasingly move into the sharing economy which some have called a middle step on the path to a more ecological society, Jeremy Rifkin discusses Third Industrial Revolution. We already know that the global economy is in crisis. The exponential exhaustion of natural resources, declining productivity, slow growth, rising unemployment, and steep inequality are forcing us to rethink our economic models. Where do we go from here?

“In this feature-length documentary, social and economic theorist Jeremy Rifkin lays out a road map to usher in a new economic system. A Third Industrial Revolution is unfolding with the convergence of three pivotal technologies: an ultra-fast 5G communication internet, a renewable energy internet, and a driverless mobility internet, all connected to the Internet of Things embedded across society and the environment.

This 21st century smart digital infrastructure is giving rise to a radical new sharing economy that is transforming the way we manage, power and move economic life. But with climate change now ravaging the planet, it needs to happen fast. Change of this magnitude requires political will and a profound ideological shift.”

Resources to Learn and Explore More >>
Many are also discussing the concepts of natural capitalism and well being economy as ways of adopting ecological economics into practical models any individual or business can get started on today.

There are hundreds more projects in so-called “sustainability” worldwide discussing the adoption of ecological economic models and resource based economies. We need to ensure that whichever paradigm we choose, it will do the real job which physics now demands from us in terms of the Limits to Growth and true conservation. But the good news is that many smart city projects are happening in a big way globally.

The Gaia Atlas of Ecological Economics is a highly recommended resource for learning more about this topic. Also, the Free University of Berlin lists many more ecological, resource-based and sustainable projects. We need to work toward a utopia for realists.

Additionally, here is a growing list of several projects that are incorporating, defining and implementing similar or congruent aspects of ecological economics:

Road Map to a Sustainable Future
At the heart of ecological economics is the sustainability model. The good news is it is becoming a buzzword as individuals and business increasingly begin asking themselves how they can do better. Dr. Philip Lawn, from the International Society for Ecological Economics, introduces this concept and discusses the root cause of climate change, and so many other ills of society and the ecosphere, related to our global addiction to economic growth in this discussion of resilience questions.

The bad news is that there are also a lot of greenwashing campaigns and entities that are tacking this term onto projects that are not at all sustainable and are actually only interested in purely predatory capitalism, i.e. making a buck. When discussing ‘sustainability’ we need to be constantly making this distinction. We need to avoid promoting sustainable growth (video).

Getting Beyond a Greenwashing and A Green Deal
We cannot, as Greta Thunberg has said, make deals with physics. The Green Deal, presented by progressives such as AOC, has fallen under heavy criticism now and not just from the far right (who has purely business as usual reasons for their arguments) but also from the left and other progressives. Why is this? Because we are learning that we need to go much farther than greenwashing and other forms of “sustainable” capitalism to do what is right for all life in the biosphere.

Ecological Economics’ Contribution to the Green New Deal (GND)
The Green New Deal (GND) must recognize and resolve the tension between economic stability and serious climate action. I believe the following changes to economic and social institutions, constitutive of a SSE, are essential to incorporate into activists’ plan to address the climate crisis.” – Resilience.org

The issue with most of these other models is they still rely on a monetary system, which is systemically flawed and cannot solve the issue of sustainability for the same reasons our current system will not. Further, none of them have taken human psychology into account. Ultimately many argue that a demonetized civilization is the only intelligent means by which to deal with the dark side of human behavior as it relates to greed perpetuated by a predatory monetary framework and at the same time keep our habitat and our humanity in tact.

What is Real Sustainable Development?
According to Wikipedia, “sustainability is the process of maintaining change in a balanced environment, in which the exploitation of resources, the direction of investments, the orientation of technological development and institutional change are all in harmony and enhance both current and future potential to meet human needs and aspirations.”

Sustainable practices can make any individual, business, city, or country highly proficient in methods that are highly sought after, especially in a modern world seeking to enhance energy inefficiency and reduce carbon emissions, waste, and the toxic load on ecosystems we rely on for life in the biosphere.

Another goal of sustainability is to discover and develop the technologies of the future. Groups such as Permies and Retrosuburbia are examples of communities that embrace these practices and are already putting these principles to work.

Sustainability intersects with politics, economics, and philosophy as well as the social and physical sciences. Sustainability work and workers are needed in civic planning, environmental consultancy (built and natural environment), agriculture, not for profit, corporate strategies, health assessment and planning, law and decision/policy making and beyond. Some examples of sustainable solutions and communities in action are provided in the following discussion.

In the following interview with SW’s own Dr. Alison Green, Guy Dauncey discusses how to become a ‘practical utopian’ and overcome our current dystopic trajectory.

Bhutan & Gross National Happiness (GNH) Example
Deep in the Himalayas, on the border between China and India, lies the Kingdom of Bhutan, which has pledged to remain carbon neutral for all time. In this illuminating talk Bhutan Carbon Negative Model (video), Bhutan’s Prime Minister Tshering Tobgay shares his country’s mission to put happiness before economic growth and set a world standard for environmental preservation.

Bhutan is already doing what the rest of the world needs to do and no one even asked them to do it. Doing the right thing should be simple and straightforward, otherwise there’s likely something wrong with your operating system.

The Stockholm Resilience Center & Club of Rome
Johan Rockström (Stockholm Resilience Center), talks about planetary boundaries and tipping points in this sustainability planning video, “Living in the Anthropocene” at the Club of Rome 50th Anniversary Meeting in October 2018. Johan Rockström outlines the report, “Transformation is feasible – How to achieve the Sustainable Development Goals within Planetary Boundaries.”

Find more projects from around the world that are inspiring sustainable interventions and unique solutions for make a better, cleaner safer world on the SW Notable Projects Wiki >>.