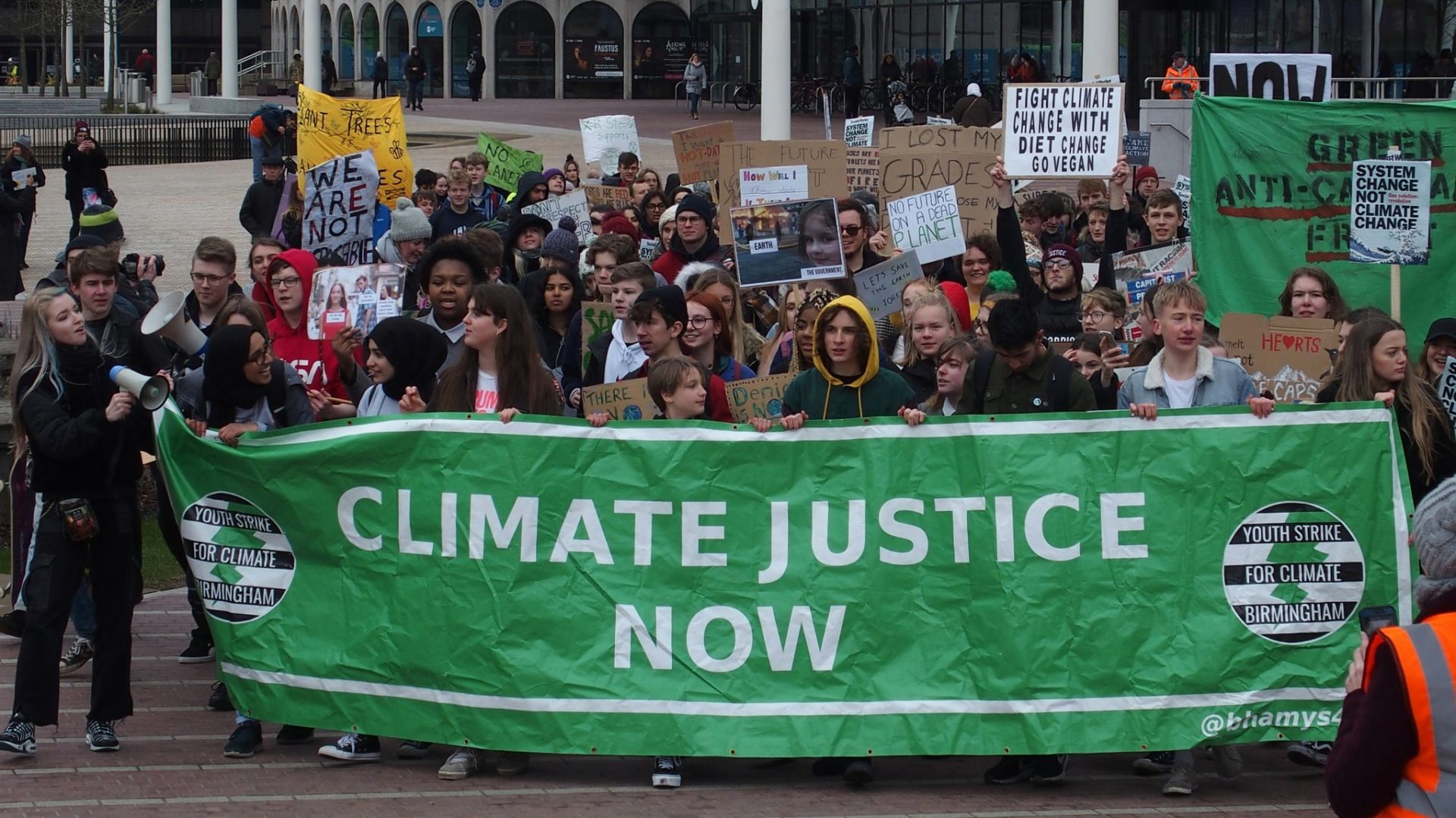 The student community is more engaged now than ever with demanding that their universities end fossil fuel investments. An accelerating climate crisis, COP26, recent student-led divestment wins, and the urgency needed for a just green transition are some of the factors that motivate this engagement. Students call on the remaining 40% of UK universities who have not yet divested, to do so urgently.

For those of us on environmental pathways, it feels at times frankly incomprehensible that some of our institutions still profit from a fossil fuel industry that is so intimately connected with the climate crisis. Many of us will spend years at university learning about the roots and evolution of the crisis that we find ourselves in and the types of responses that may give us better (or less-worse) outcomes. Our disciplines are fast evolving. Frequently, our course material becomes outdated, new fires, new storms, and new threats usurp the old ones in our textbooks. What remains constant, is the understanding of fossil fuel’s contribution to the climate crisis. Through the education they deliver, our universities are providing us with academic and practical tools to address the climate crisis once we graduate. It feels like contradictory behaviour to simultaneously profit from an industry that perpetuates the climate crisis. An institution that says, ‘do as I say not as I do’, effectively undermines itself in the eyes of its students but also in the eyes of its staff and the wider community.

As the fossil fuel divestment movement gains pace, successful student action is resulting in victories that have implications well beyond the walls of their institutions. Notable recent victories include Harvard Universities pledge in September to divest its huge $42 billion endowment fund. This announcement followed a ten-year campaign by several student cohorts who handed over the campaign to successive students as they graduated. Harvard students questioned the university’s charitable status and associated tax breaks, highlighting the contradiction between a charitable mission and the impacts wrought by propping up the fossil fuel industry. They found an inherent contradiction between the university’s work to prepare students for a future that they were simultaneously threatening, as they profited from fossil fuels. More recently, Aberdeen University voted in October of this year to divest from fossil fuels. As a university so deeply connected with the fossil fuel industry, this sends an important signal about the viability and feasibility of divestment. If Aberdeen University can do it, frankly, any university can do it. Aberdeen’s divestment announcement came after another long student-led campaign that spanned 8 years and a number of successive student cohorts. Both these examples, might initially be perceived as unlikely candidates for divestment, given one is the richest university in the world and the other is Europe’s premier university for petroleum studies. However, what it shows is that what might previously have seemed insurmountable, can be successfully engaged with by students.

My own involvement with divestment has been through student action at the Open University via the Fossil Free OU campaign which has also just secured a fossil fuel divestment commitment. When I first embarked on my studies, it had not occurred to me that my university might still hold investments in fossil fuels. The OU has many passionate and committed lecturers, with an engaged student body and a public voice on environmental matters; for example, co-producing documentaries with people such as Greta Thunberg. All of this led me to assume that the rest of their policies would most likely be aligned with environmentally conscious values, however this was not the case. Environmental studies is littered with examples of people and institutions who knew what needed to be addressed but did not act. The irony is not lost on students learning about this at institutions who still invest in fossil fuels. Ultimately, becoming involved in the Fossil Free OU campaign felt like a very logical response to what my university had been teaching me. If there was a secret sauce that contributed to our campaign’s recent success, it would be the broad coalition of support that coalesced around Fossil Free OU, not just from students but also the staff. When the OU announced their plans to divest from fossil fuels they did so with an acknowledgment of the part student voices played in their decision. Many other divesting universities similarly acknowledge the part students played in divestment decisions, highlighting the power of students to drive change.

Student pressure on institutions that have not yet divested is only going to grow. Younger student cohorts will arrive at universities fresh from engaging with youth environmental action such as having attended Friday School Strikes. Unlike older cohorts, they have been attuned to the climate crisis for much of their lives and are aware that due to their youth, they have more skin in the game than older generations. They come with the experience of having already used their voices and mobilised themselves. They are unlikely to tolerate fiscal policies that are at odds with the material being taught, research being conducted, or public messaging being delivered by the institutions they attend. Universities and public institutions can no longer ignore the morality of sources of funding or profits. This is now evident for universities who historically accepted funding from slavers and colonialists, as they currently facing a reckoning. Universities who still profit from oil, gas, and coal need to ask themselves how they think history will judge them for continuing to profit from fossil fuels at this juncture in time? With 60% of UK universities now divested, what is the reputational impact of hanging on to be in the last 20 or 10% to divest?

Students want to feel proud of their universities. We also need our higher education institutions to step up to the challenges of our time. For students of environment or climate, it also really helps to head into the job market with a qualification from a university that is a credible climate leader. However, this is also the case well beyond disciplines currently closely associated with climate or environment; all sectors will need to engage with environmental issues going forward. Whether it is in relation to learning about the UN’s SDGs or responding to COP26, students know the future is here and that it is decarbonised. Divesting is one element in an array of necessary climate related actions, but we know it is a significant one. Without undertaking divestment, no university can call themselves a climate leader. Student-led campaigns will continue to hold their universities to account until the whole sector has divested, it is past time for the remaining 40% to end their investment in the fossil fuel industry.