Scientists Warning Foundation – Board of Directors 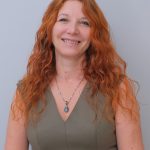 Based in Cambridge in the UK, she is a cognitive psychologist and former university Pro Vice-Chancellor. Her PhD focused on aspects of skill acquisition and she has a particular interest in the psychology of climate denial.

She was inspired by movements like Scientists Warning, Extinction Rebellion and Fridays for Future to give up her academic career and to focus her efforts on protecting life on earth. Alison has given presentations to international audiences, co-edited the Extinction Rebellion book, ‘This is not a Drill’ and has authored numerous press letters and articles, e.g. 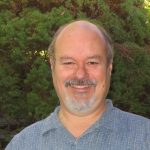 Robert Garrity, Chief Operating Officer (COO)
Robert serves as the Chief Operations Officer for Scientists Warning Foundation and oversees the day to day operations and the overall functioning of the various teams on the Foundation. Robert was responsible for incorporating the Foundation and currently also serves as the Treasurer and Chief Financial Officer. He interacts with all the various teams, providing assistance as needed and keeping track of the overall schedules for producing content.

Robert has a Bachelor of Science in Information Technology from the University of San Francisco and had a career that included being involved with a major internet
startup company, @HomeNetworks, that became the leading company for high speed
internet over cable modems. Robert also spent 40 years involved in spiritual studies and practices and served on the Board of Directors of the Arica Institute, a non-profit spiritual educational organization. He also served as Treasurer of the Institute.

A lifelong environmentalist, Robert came out of retirement to help with the Scientists Warning website but soon took on more duties and was ultimately asked to become the Chief Operating Officer. Robert is married and lives with his wife, April, in the San Francisco Bay Area. His other interests include wine, sports, travel and films.

Shani Cairns, Director of Research
Shani Cairns is the Director of Research for the Scientists Warning Foundation. Shani holds BA degrees in Psychology and East Asian Studies as well a Masters in Information Science and Research Methodologies. She is an avid researcher and science communicator. Shani is also a digital information professional and scholarly communications librarian.

She analyzes data from many scientific reports and agencies. She manages media and educational knowledgebases. She also works with both the Web and Video content teams and regularly updates and creates content for the web and manages several social media marketing platforms; including the Scientists’ Warning Foundation Facebook Group. Prior to joining the Foundation, she was part of various teams with the Scientists Warning Initiative for several years.

Currently, Shani is researching, writing and blogging about cryosphere and environmental topics such as the Arctic, energy sector, ecological economics, renewable energy and more. Shani’s interest in the cryosphere began when she served as a research assistant and information professional for the Denver Federal Center laboratory system that supported the Extreme Ice Survey, USGS, NOAA, NSIDC and other evidence-based research organizations.

Patrick is a member of the Danish chapter of Citizens Climate Lobby and the organization “ansvarlig fremtid” (literally translates to responsible future). With the help of ansvarlig fremtid Patrick was able to convince local authorities that Guldborgsund Commune (in Denmark) should divest from fossil fuels. Patrick is also certificated as an En-ROADS Ambassador.