Climate Myths Debunked
Scientists’ Warning Foundation is on a mission to protect life and ecosystems on Earth by educating and advocating about climate science. This also means speaking truth to power.

In this section you will find debunks of the denial campaign and the popular climate myths now being perpetuated online. Debunks are a popular, entertaining and educational way to clear up climate confusion, fact check, and get real about the crisis we now face and the sixth mass extinction event now underway that has been largely denied by the powers that be for decades. 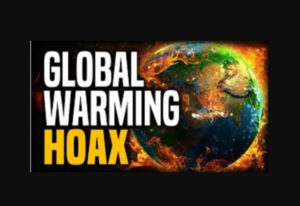 Not only is global warming, aka climate change, one of the most important issues of our time, it is also one of the most fractious. The POTUS has called climate change a hoax and stepped out of the Paris Agreement against the people’s wishes. Behind him are many sophisticated denial campaigns with fraudulent science claims made by mercenary or paid scientists funded by dark money. 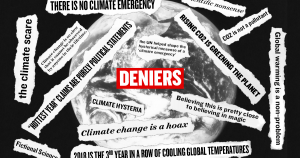 Science Fact v. Science Fiction It has become popular to confound science fact wi
th science fiction. This maelstrom of propaganda fabricated from half truths littered with ambiguous data, now referred to as fake news, is showing up everywhere.

Recently, several eminent scientists, such as Michael Mann, reported that human activity has indisputably put us on a trajectory toward a hothouse earth. Scientific consensus has stated unequivocally that we have been warming dangerously for over a decade due to anthropogenic causes. James Hansen (video) first testified before Congress in 1988 to begin to make us aware of this. Still, this well-established science has not been able to quell the denial, speculation and distraction tactics of those with wildly opposing arguments and ulterior motives.